So most of you have probably worked this out well before me, but once your kids can read LISTS ARE AWESOME.

My blogposts this time last year were about the emotional labour of managing a family and resentment at having to make sure everything that needed to be done got done. And the nagging. I eventually accepted that if I wanted stuff to get done I might just have to be the family organiser, despite wishing my at-home-husband would take the role. One of things I really wanted my kids to learn was self-management skills, particularly around running a household and cleaning up after themselves.

Well, in the past year I have made one small change that has made a huge difference to the way I interact with the kids around these self-management skills. I introduced the lists. I don’t even think I got the idea anywhere particular, but certainly after my middle child started school and there were two that could read, it just made sense.

Here’s how it works. Basically, I have a small handwritten list in an easily visible place that reminds them what to do at a certain time of day. Here are the lists under the light switch in the kids’ bedroom. 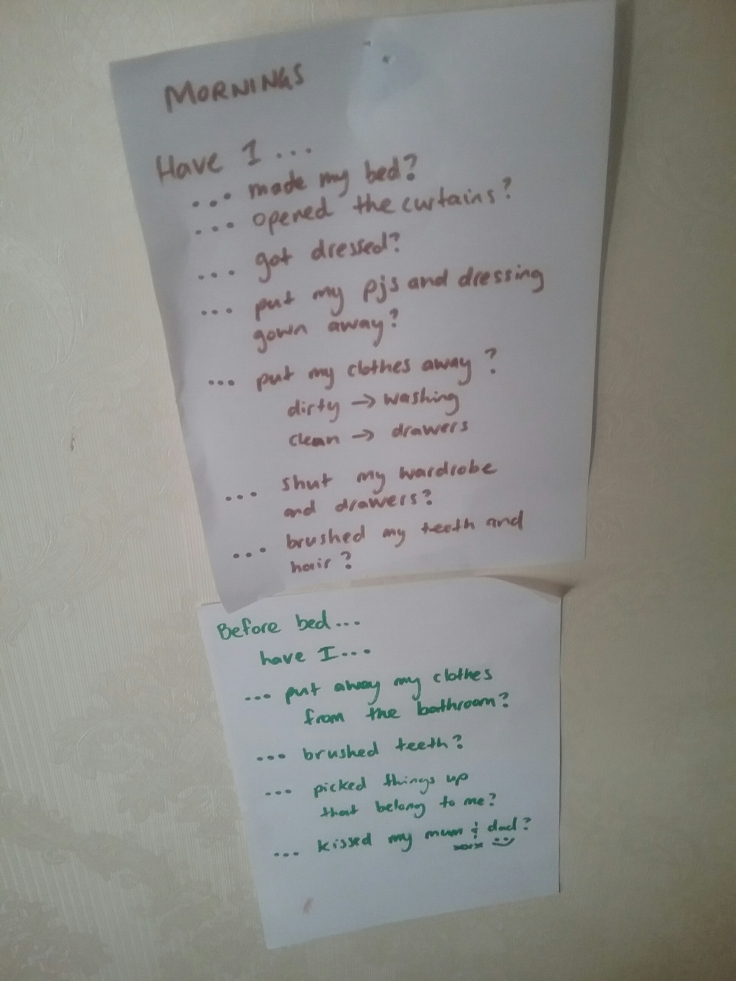 I just picked the main things that I was repeatedly telling them to do, and wrote them up in a question format so the child could ask themselves. In the morning, I just say ‘have you guys checked your list?’ and they go off and check it through.  Instead of nagging each child individually to get dressed, put their pyjamas away, and so on (I never even got to getting them to make beds or shut wardrobes as I rarely went in their room), they become responsible for completing a standard list (no “It’s not fair, she hasn’t made her bed”) that will hopefully become their normal routine for life. And I get to smile and stop going crazy with repeating myself like a broken record.

Here are some more — the washing dishes list (with genuine splash marks): 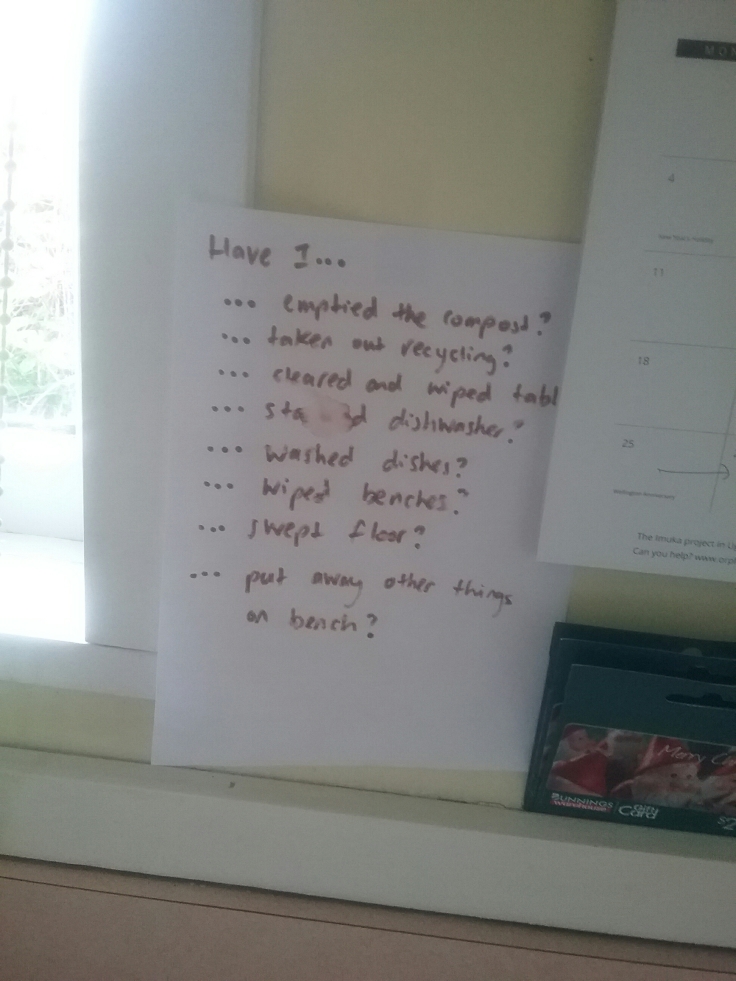 The before computer time list (I used to go nuts at tripping over their school shoes and socks all over the house, and their lunchboxes were kind of gross as they wouldn’t get washed and they would just re-use them for lunch the next day): 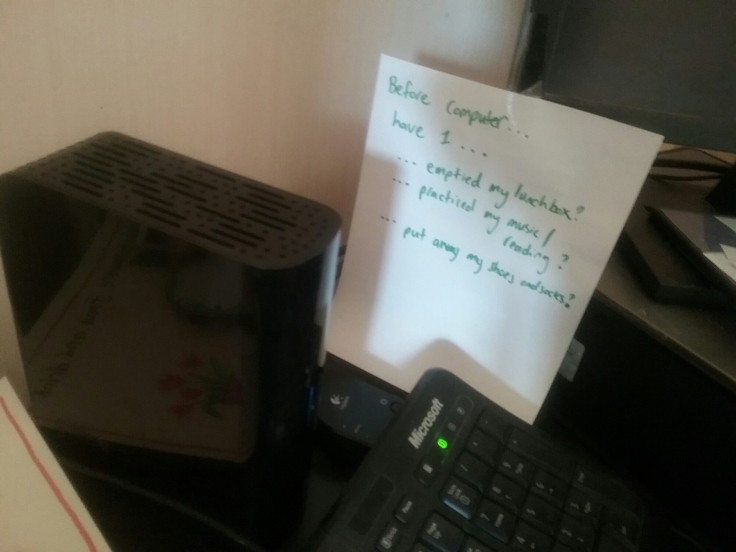 All in all, this has been a really good household intervention, although it is really only used by me and not my husband so much. In saying that, the before computer reminder is a good one for him to remind them these things before letting them on. One thing we might change is to add a similar note to the desktop screen of the computer saying ‘before I play games, have I… done my timestables program, done my mathletics homework’ etc.

I thought I would share this while writing from home, as there may be others out there wanting a simple intervention to reduce the nagging load.

2 thoughts on “Update: Getting Kids to Do Stuff”